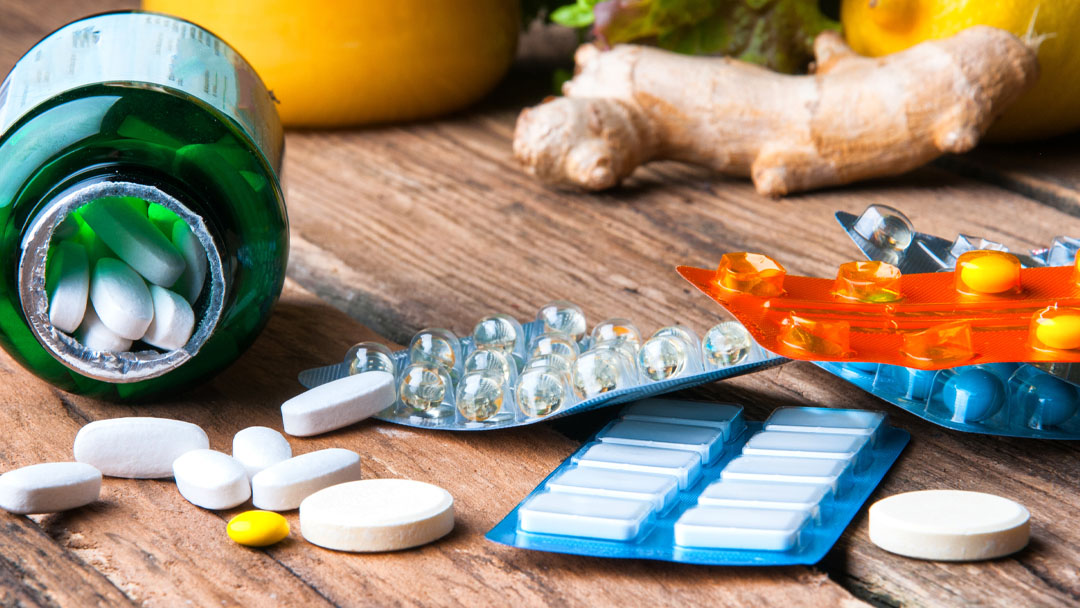 Caprylic acid — clinically tested as Ketasyn (AC-1202), marketed as a “medical food” called Axona® — is the active ingredient of Axona, which is marketed as a “medical food.” Caprylic acid is a medium-chain triglyceride (fat) produced by processing coconut oil or palm kernel oil. The body breaks down caprylic acid into substances called “ketone bodies.” The theory behind Axona is that the ketone bodies derived from caprylic acid may provide an alternative energy source for brain cells that have lost their ability to use glucose (sugar) as a result of Alzheimer’s. Glucose is the brain’s chief energy source. Imaging studies show reduced glucose use in brain regions affected by Alzheimer’s.

Axona’s development was preceded by development of the chemically similar Ketasyn (AC-1202). Ketasyn was tested in a Phase 2 clinical study enrolling 152 volunteers with mild to moderate Alzheimer’s. Most participants were also taking FDA-approved Alzheimer’s drugs. The manufacturer of Axona reports that study participants who took Ketasyn performed better on tests of memory and overall function than those who received a placebo (a look-alike, inactive treatment).

The chief goal of Phase 2 clinical studies is to provide information about the safety and best dose of an experimental treatment. Phase 2 trials are generally too small to confirm that a treatment works. To demonstrate effectiveness under the prescription drug approval framework, the FDA requires drug developers to follow Phase II studies with larger Phase III trials enrolling several hundred to thousands of volunteers.

The manufacturer of Ketasyn decided not to conduct Phase 3 studies to confirm its effectiveness. The company chose instead to use Ketasyn as the basis of Axona and promote Axona as a “medical food.” Medical foods do not require Phase III studies or any other clinical testing. The Alzheimer’s Association Medical and Scientific Advisory Group has expressed concern that there is not enough evidence to assess the potential benefit of medical foods for Alzheimer’s disease. For more information, please see the Medical and Scientific Advisory Group statement about medical foods (PDF).

Coenzyme Q10, or ubiquinone, is an antioxidant that occurs naturally in the body and is needed for normal cell reactions. This compound has not been studied for its effectiveness in treating Alzheimer’s.

A synthetic version of this compound, called idebenone, was tested for Alzheimer’s disease but did not show any benefit. Little is known about what dosage of coenzyme Q10 is considered safe, and there could be harmful effects if too much is taken.

“Coral” calcium supplements have been heavily marketed as a cure for Alzheimer’s disease, cancer and other serious illnesses. Coral calcium is a form of calcium carbonate claimed to be derived from the shells of formerly living organisms that once made up coral reefs.

Coral calcium differs from ordinary calcium supplements only in that it contains traces of some additional minerals incorporated into the shells by the metabolic processes of the animals that formed them. It offers no extraordinary health benefits. Most experts recommend that individuals who need to take a calcium supplement for bone health take a purified preparation marketed by a reputable manufacturer.

The Federal Trade Commission (FTC) and the FDA have filed formal complaints against the promoters and distributors of coral calcium. The agencies state that they are aware of no competent and reliable scientific evidence supporting the exaggerated health claims and that such unsupported claims are unlawful.

Ginkgo biloba is a plant extract containing several compounds that may have positive effects on cells within the brain and the body. Ginkgo biloba is thought to have both antioxidant and anti-inflammatory properties, to protect cell membranes and to regulate neurotransmitter function. Ginkgo has been used for centuries in traditional Chinese medicine and currently is being used in Europe to alleviate cognitive symptoms associated with a number of neurological conditions.

However, results of a large, multicenter Phase 3 clinical trial conducted by several branches of the National Institutes of Health showed that ginkgo was no better than a placebo in preventing or delaying Alzheimer’s disease.

The Ginkgo Evaluation and Memory (GEM) Study enrolled 3,000 individuals age 75 or older who had no signs of dementia or had mild cognitive impairment (MCI). Participants were randomly assigned to receive twice daily doses of either a placebo or 120 milligrams of ginkgo biloba extract. They were followed up every six months for six years.

Researchers found no statistical difference in rates of dementia or Alzheimer’s disease between the ginkgo and placebo groups. Learn more about the GEM study results.

Huperzine A (pronounced HOOP-ur-zeen) is a moss extract that has been used in traditional Chinese medicine for centuries. It has properties similar to those of cholinesterase inhibitors, one class of FDA-approved Alzheimer’s medications. As a result, it is promoted as a treatment for Alzheimer’s disease.

The Alzheimer’s Disease Cooperative Study (ADCS) conducted the first large-scale U.S. clinical trial of huperzine A as a treatment for mild to moderate Alzheimer’s disease. Participants taking huperzine A experienced no greater benefit than those taking a placebo.

Omega-3 is a type of polyunsaturated fatty acid (PUFA). Research has linked certain types of omega-3s to a reduced risk of heart disease and stroke.

The U.S. Food and Drug Administration (FDA) permits supplements and foods to display labels with “a qualified health claim” for two types of omega-3 called docosahexaenoic acid (DHA) and eicosapentaenoic acid (EPA). The labels may state, “Supportive but not conclusive research shows that consumption of EPA and DHA omega-3 fatty acids may reduce the risk of coronary heart disease,” and then list the amount of DHA or EPA in the product. The FDA recommends taking no more than a combined total of 3 grams of DHA or EPA a day, with no more than 2 grams from supplements.

Research has also linked high intake of omega-3s to a possible reduction in risk of dementia or cognitive decline. The chief omega-3 in the brain is DHA, which is found in the fatty membranes that surround nerve cells, especially at the microscopic junctions where cells connect to one another.

Theories about why omega-3s might influence dementia risk include their benefit for the heart and blood vessels; anti-inflammatory effects; and support and protection of nerve cell membranes.

The first study was a large federally funded clinical trial conducted by the Alzheimer’s Disease Cooperative Study (ADCS). In the ADCS study, participants with mild to moderate Alzheimer’s disease taking 2 grams of DHA daily fared no better overall than those who took a placebo (inactive, lookalike treatment). The data indicated a “signal” (preliminary but not conclusive evidence) that participants without the APOE-e4 Alzheimer’s risk gene might have experienced a slight benefit. More research is needed to confirm whether that preliminary signal is valid.
The second study—Memory Improvement with DHA (MIDAS)—enrolled older adults with normal age-related cognitive decline. Those who took 900 milligrams of DHA daily scored slightly better on a computerized memory test than those receiving the placebo. MIDAS was conducted by Martek Biosciences, the manufacturer of the DHA used in both studies.
Experts agree that more research is needed, and there is not yet sufficient evidence to recommend DHA or any other omega-3 fatty acids to treat or prevent Alzheimer’s disease.

Phosphatidylserine (pronounced FOS-fuh-TIE-dil-sair-een) is a kind of lipid, or fat, that is the primary component of the membranes that surround nerve cells. In Alzheimer’s disease and similar disorders, nerve cells degenerate for reasons that are not yet understood. The theory behind treatment with phosphatidylserine is its use may shore up the cell membrane and possibly protect cells from degenerating.

The first clinical trials with phosphatidylserine were conducted with a form derived from the brain cells of cows. Some of these trials had promising results. However, most trials were with small numbers of participants.

This line of investigation came to an end in the 1990s over concerns about mad cow disease (bovine spongiform encephalopathy), a fatal brain disorder believed to be caused by consuming foods or other products from affected cattle. Supplements containing phosphatidylserine are now derived from soy extracts. The FDA permits supplements containing very high-quality soy-derived phosphatidylserine to display a “qualified health claim” stating that “Very limited and preliminary scientific research suggests that phosphatidylserine may reduce the risk of dementia in the elderly. FDA concludes that there is little scientific evidence supporting this claim.” Experts agree that more research is needed, and do not currently recommend use of phosphatidylserine.

Tramiprosate — clinically tested as Alzhemed, marketed as a “medical food” called ViviMind™ — is a modified form of taurine, an amino acid found naturally in seaweed. Amino acids are the chemical building blocks of proteins. Tramiprosate was tested in a large Phase 3 clinical study as a possible Alzheimer’s treatment. Analysis of the Phase 3 trial data was initially inconclusive for a variety of reasons. Investigators tried to work with the FDA to obtain clearer results, but the manufacturer decided to abandon development of tramisprosate as a prescription drug and market it over the Internet a “medical food.” Tramiprosate currently has no proven benefits, and “medical foods” are not subject to the same level of FDA regulation as prescription drugs. For more information, please see the statement of the Alzheimer’s Association Medical and Scientific Advisory Group on medical foods (PDF).